The Art of Listening

I almost missed my cue to give the intro to the doxology.  The pastor had given the benediction yet my eye was still fixed on the man across the sanctuary in the third row when I realized the final amen had been spoken. To be honest, I had been watching the parishioner intently throughout the entire service.  From where I sat at the piano, I had a direct view. And even during the sermon, I was situated such that I could turn my head only slightly and observe this one who had so captured my attention. It's not that I had never seen him; but this day, I was so drawn.

You see, Mr. Gerald is blind.

Each Sunday, an elder goes and gets Mr. Gerald from home and brings him and his seeing eye dog to worship. And then when it's over, the same elder returns him to his home. I don't know too much about the man other than his dog's name, how long he has had him, and that when I asked him if he had a favorite hymn, he just smiled and said, "All of them," ... though he does like Standing on the Promises.

But observation tells me something more. Mr. Gerald is a listener.

The first thing Mr. Gerald does after sitting down and settling his dog is remove his hat. He then takes the posture of listening and remains there for the next hour. He doesn't squirm. He doesn't twitch his head. He doesn't slouch. He sits straight, leaning slightly forward with his hands unclasped in his lap, his legs uncrossed and his face forward. Only one time did I ever see him move and that was when the pastor instructed us to "raise your head and receive this benediction." Ever so slightly did I see Mr. Gerald's chin lift to do just that.

There's no fidgeting, checking his watch, doodling or playing with his hair. Yes, Mr. Gerald is a listener.

The art of listening. I'm afraid we may have lost it in our busy world. A world that is always, always, always shouting ... BLARING! ... at us. A world that makes it hard to listen. To be silent. Then again maybe it's just because we don't slow down long enough to listen because we are afraid we won't hear anything at all, and that's worse than all the noise. Therefore, we don't assume, take on, the position of a listener ... like Mr. Gerald.

Trappist Monk Thomas Merton wrote in his book Thoughts in Solitude, "My life is listening, His is speaking. My salvation is to hear and respond. For this, my life must be silent. Hence, my silence is my salvation."

Yes, God is still speaking. Are we still listening? Or have we lost the art?

Contrary to what it may appear from the lack of postings, I have in no way fallen off the gift-counting bandwagon.  In fact, not only did I hit #1000 in mid December, last week I passed the 1,100 mark. But I do want to be faithful to my posting of them, and thus I continue... 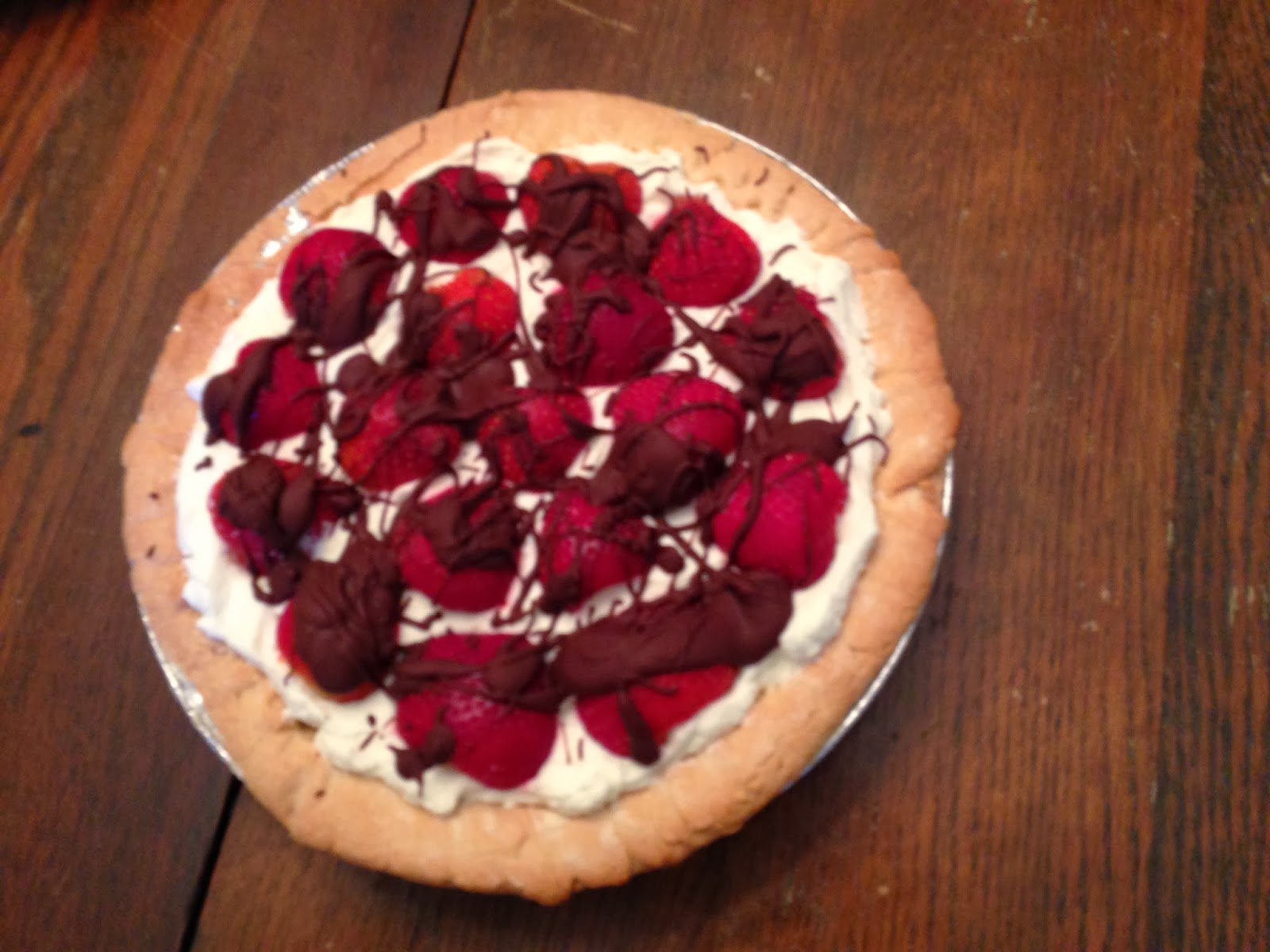 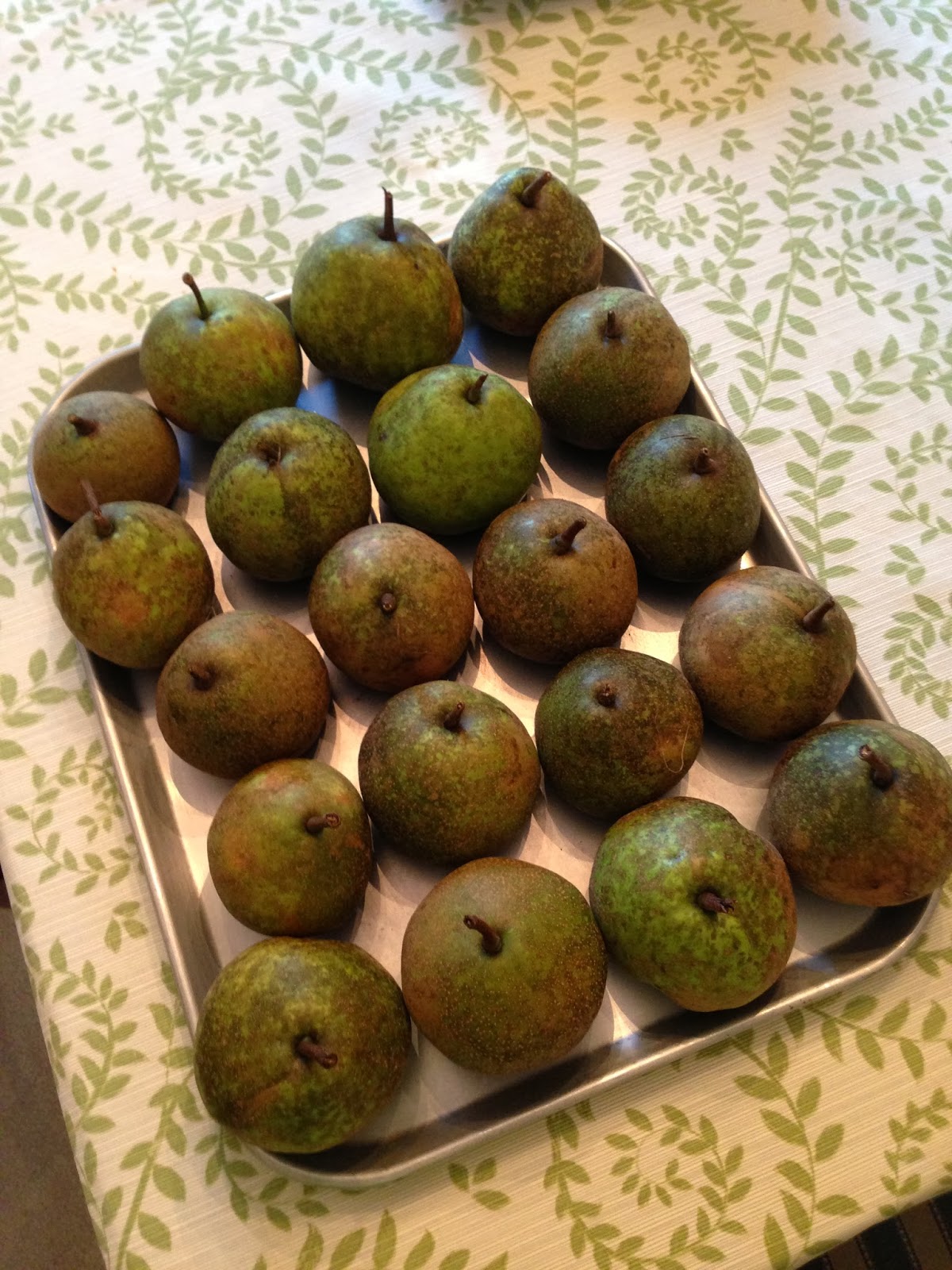 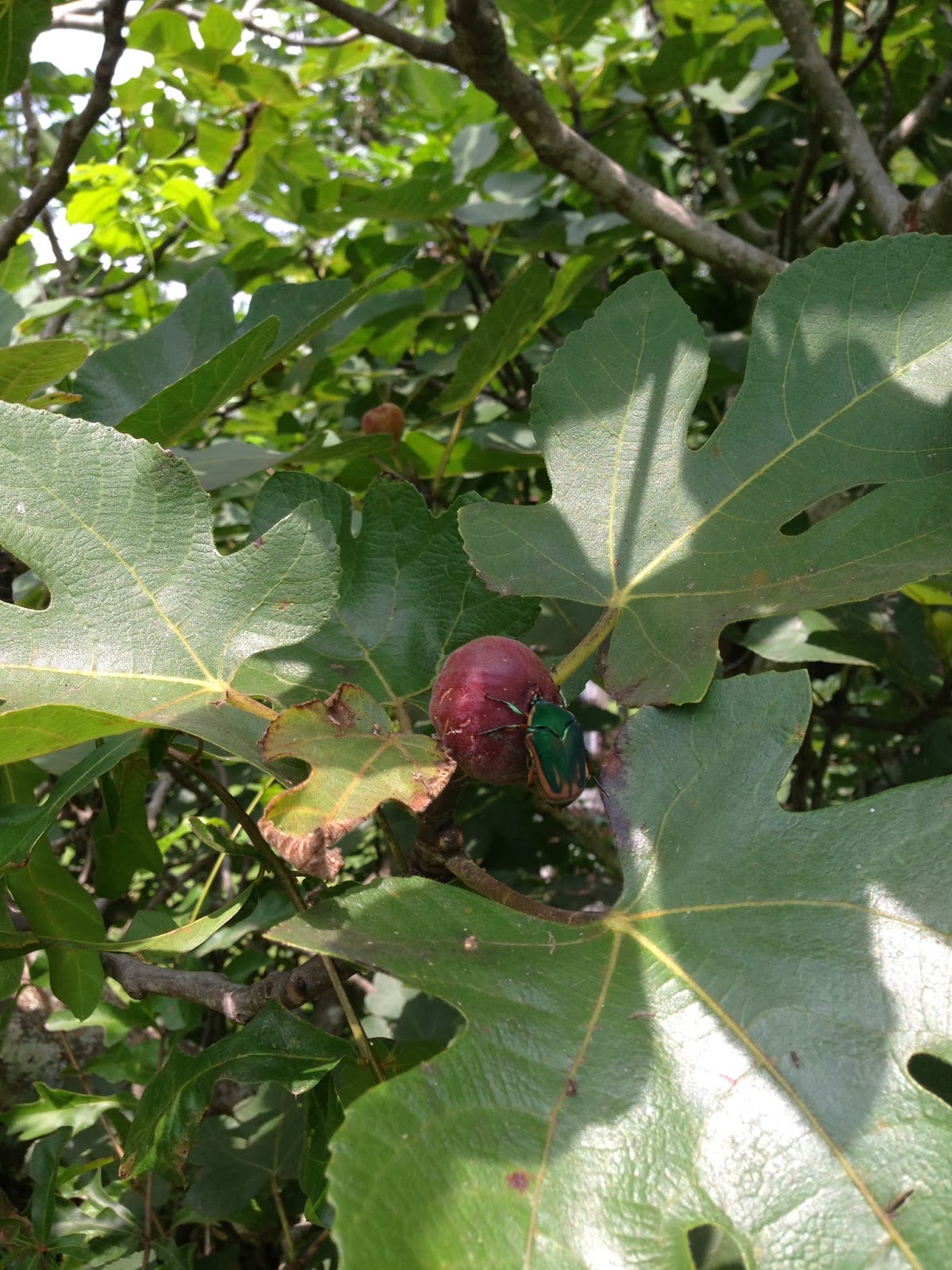 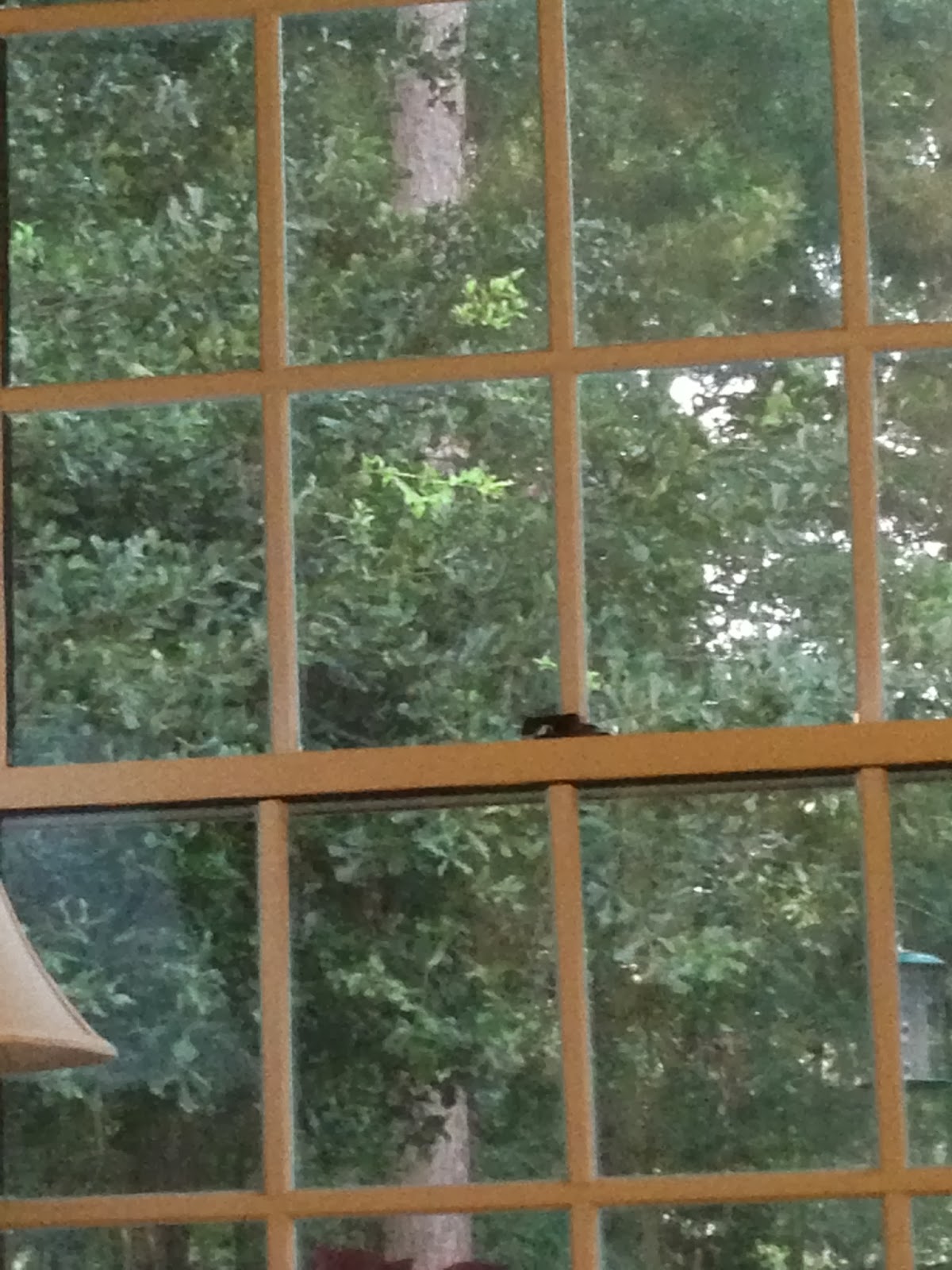 #865  rays of hope in difficult seasons 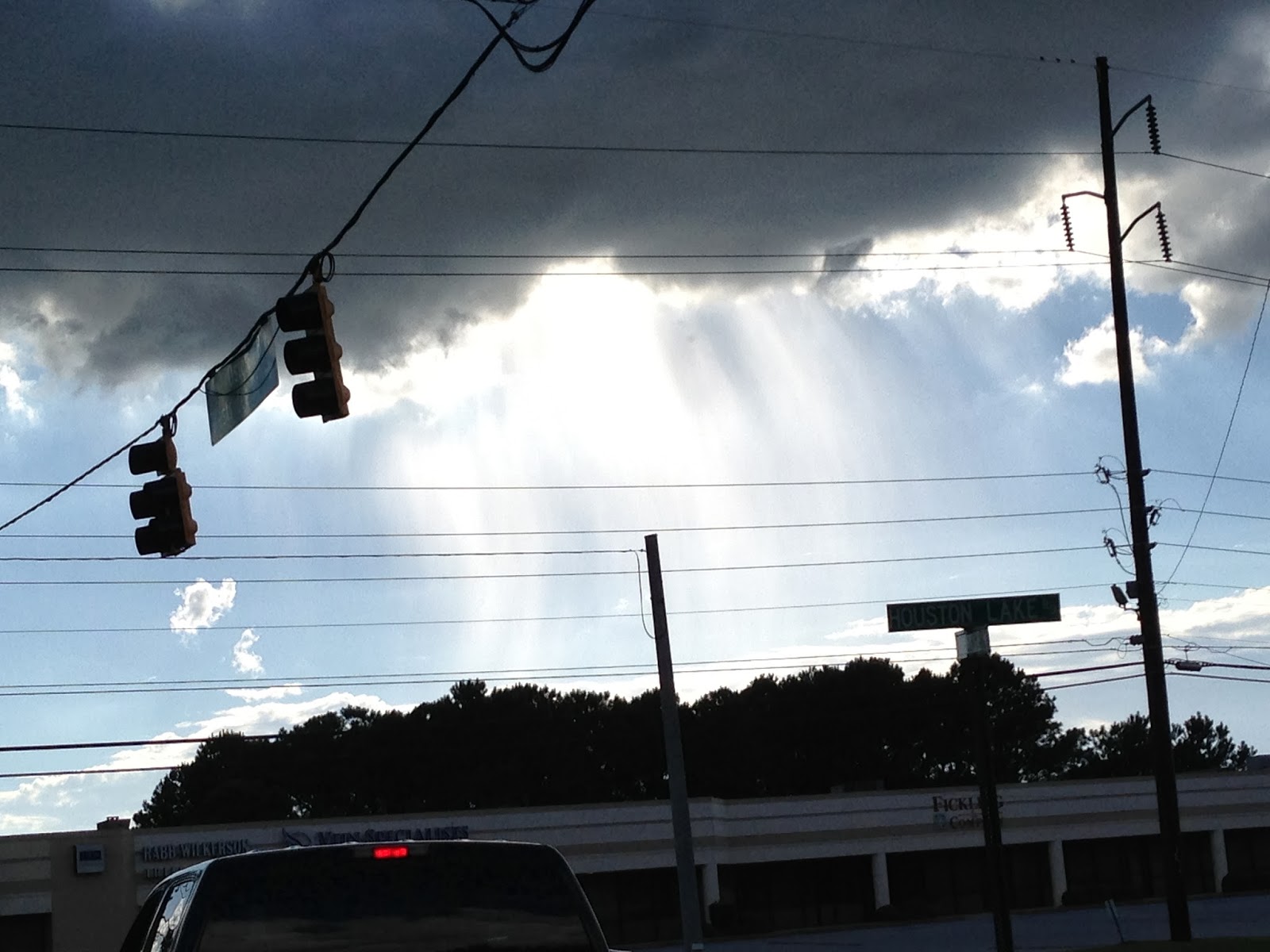 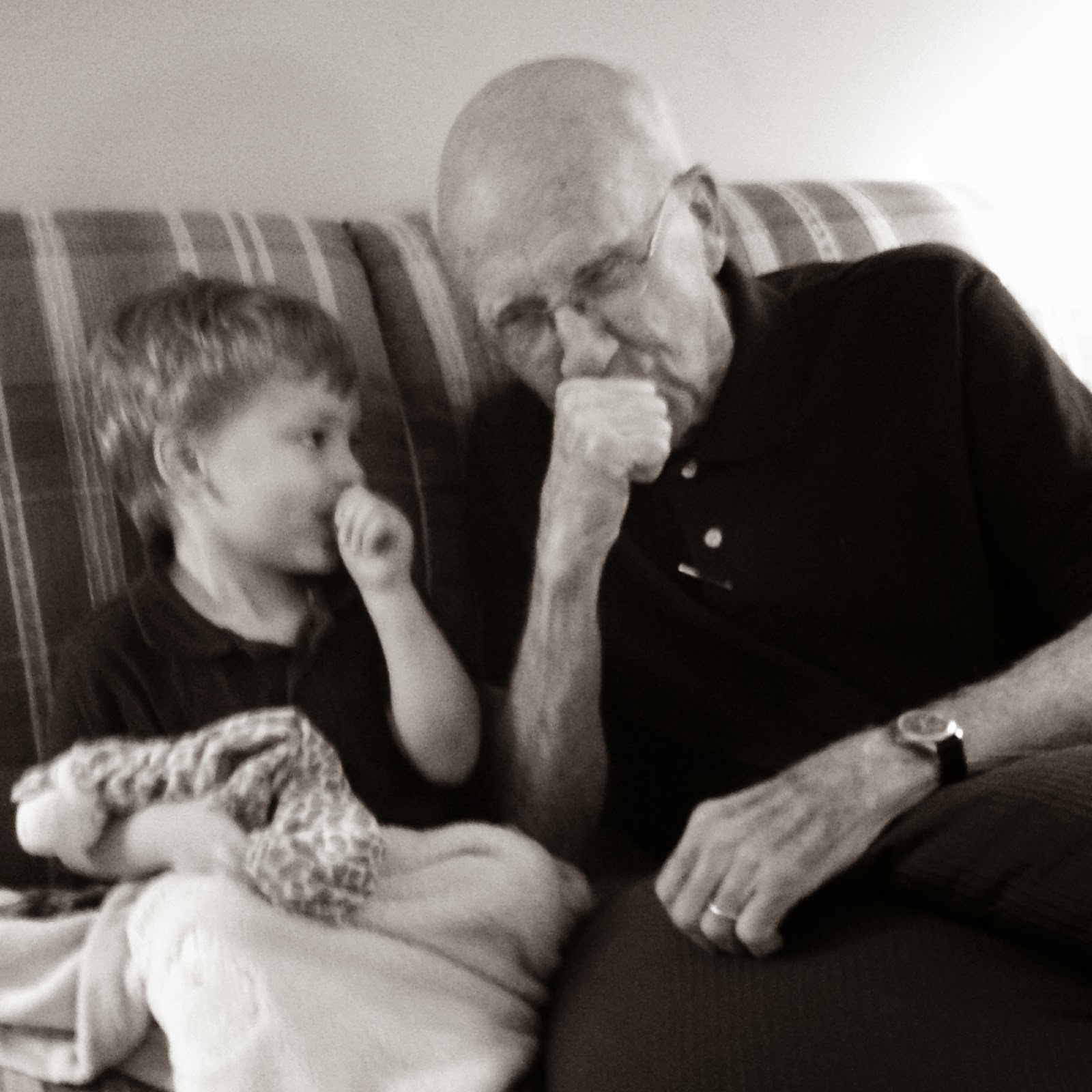 #869  for the consolation God brings through nature's waking -- the morning's sun, the bird's song, the cicada's humming, the squirrel's play, the tree's green

#870  a reuniting after a season apart

#871  a small sparrow braving breakfast in the rain 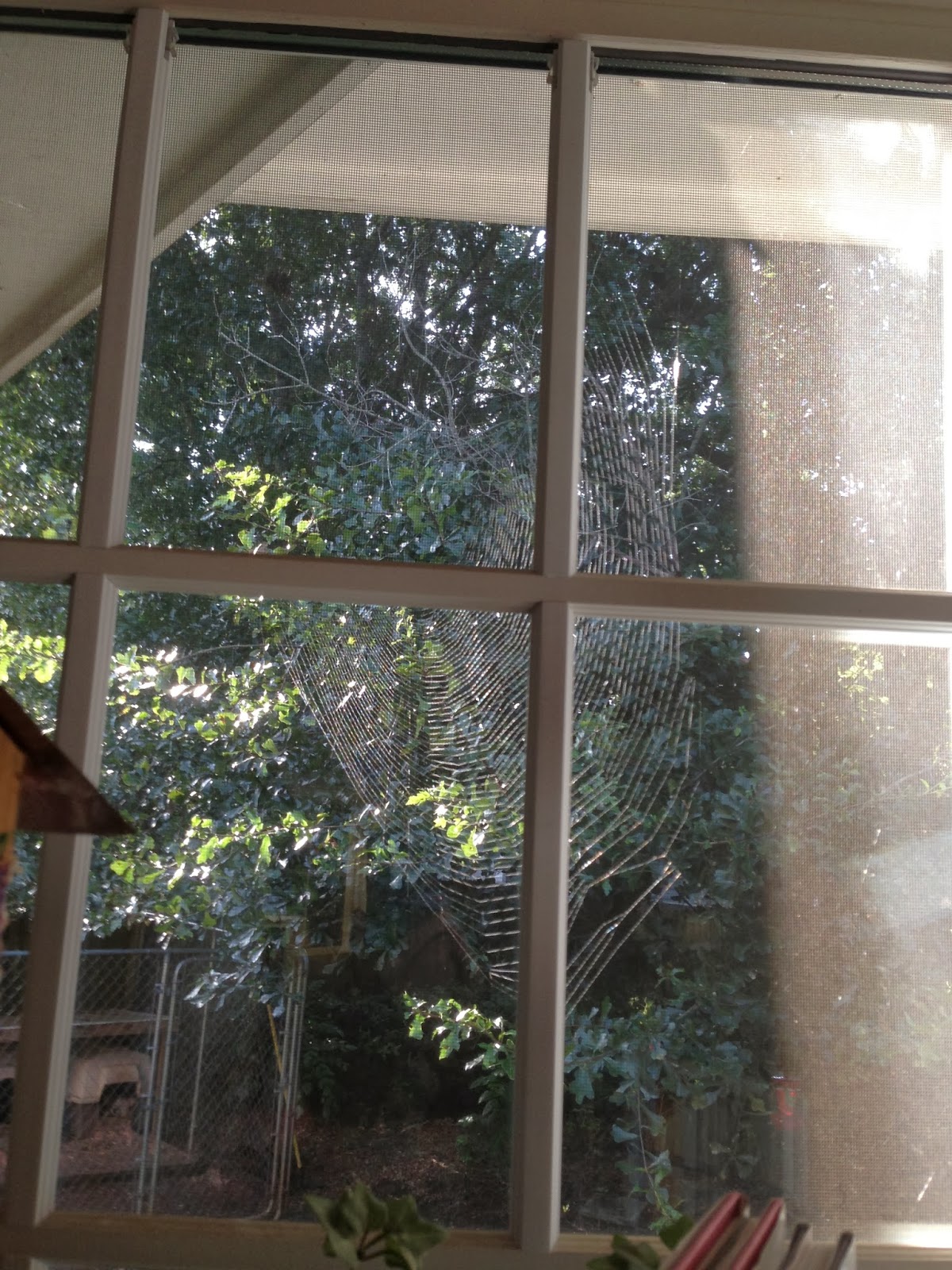 #873  random outdoor church service under the shade of an oak

#876  morning light high in the pines 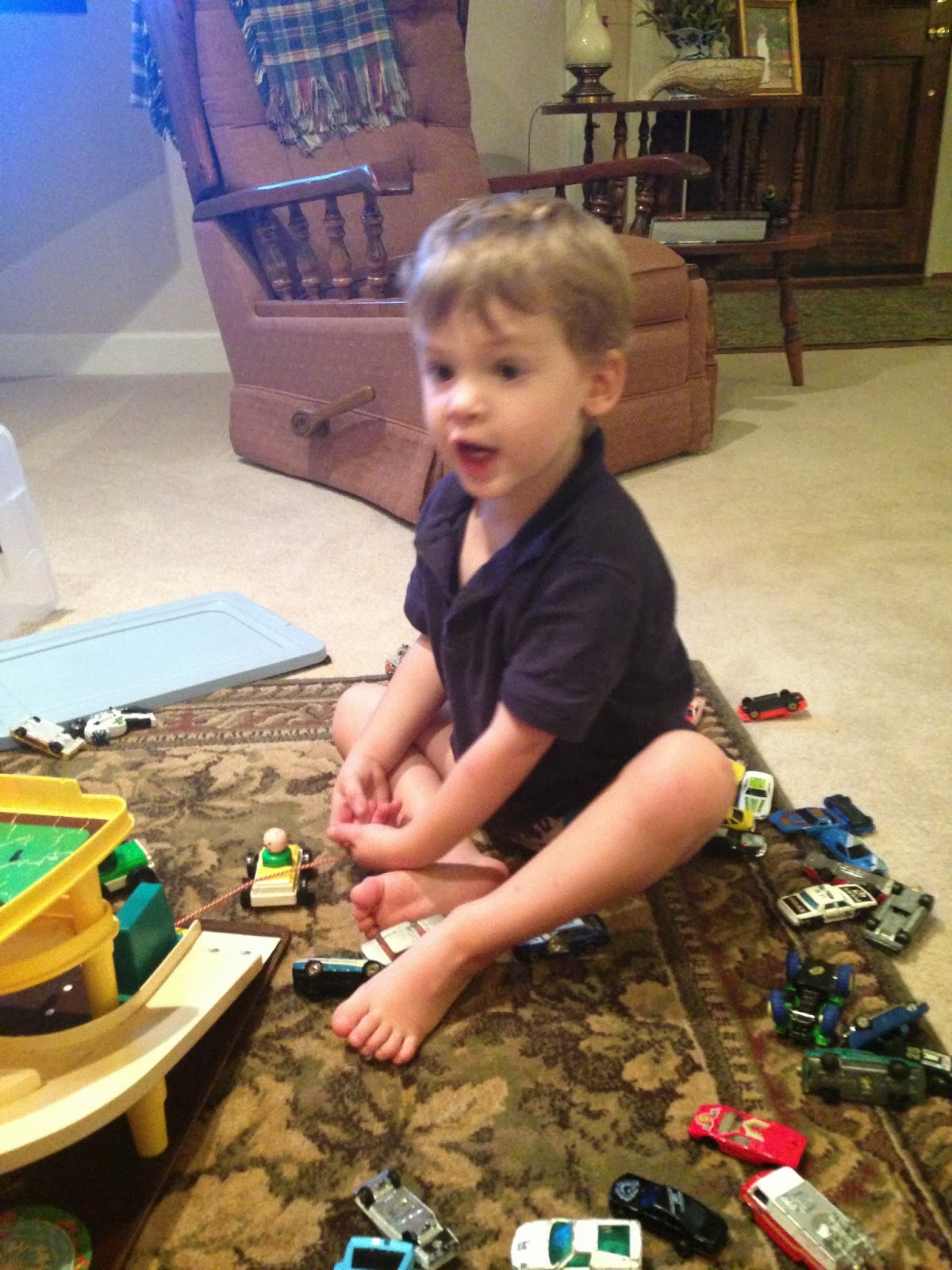 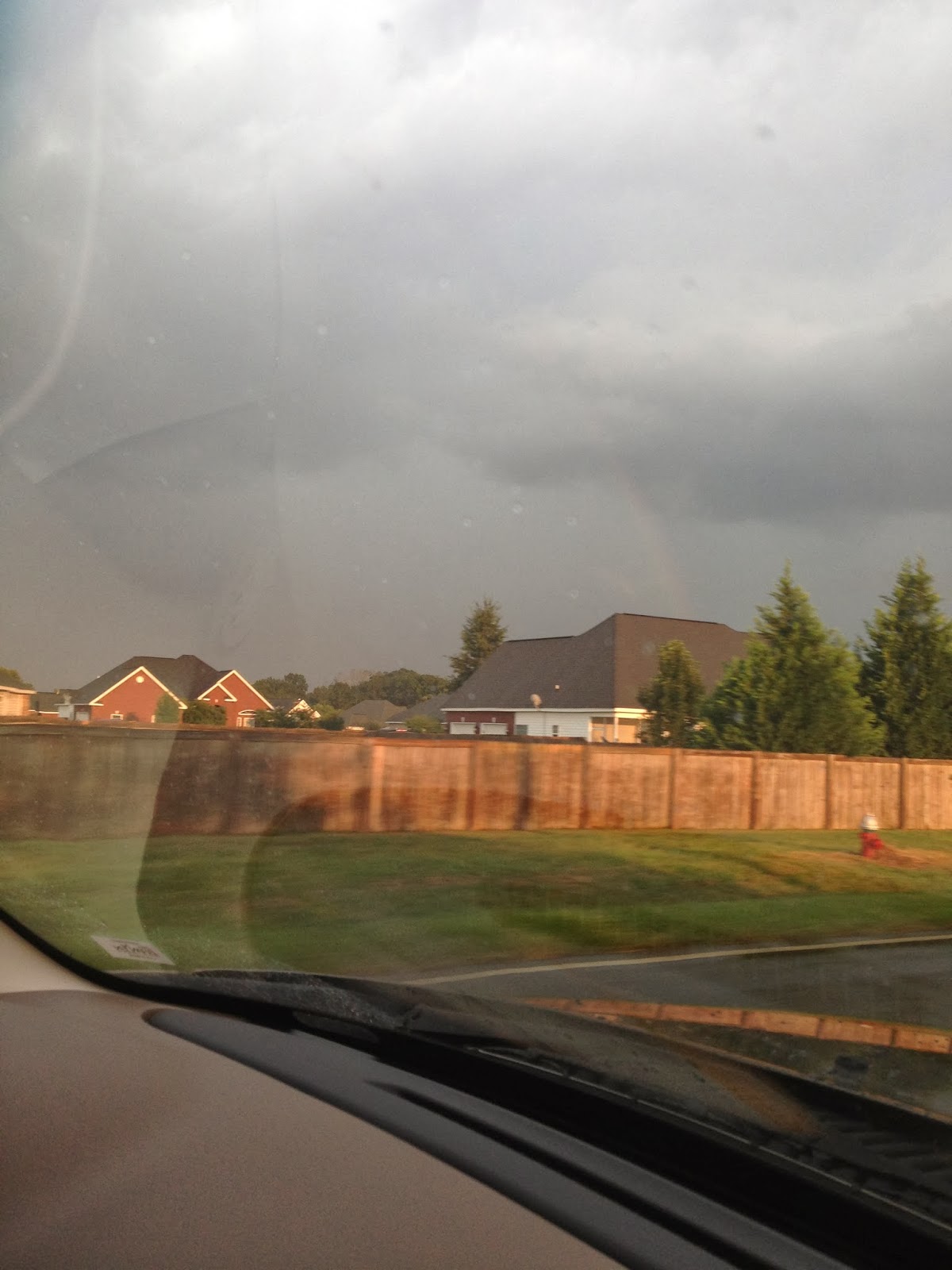 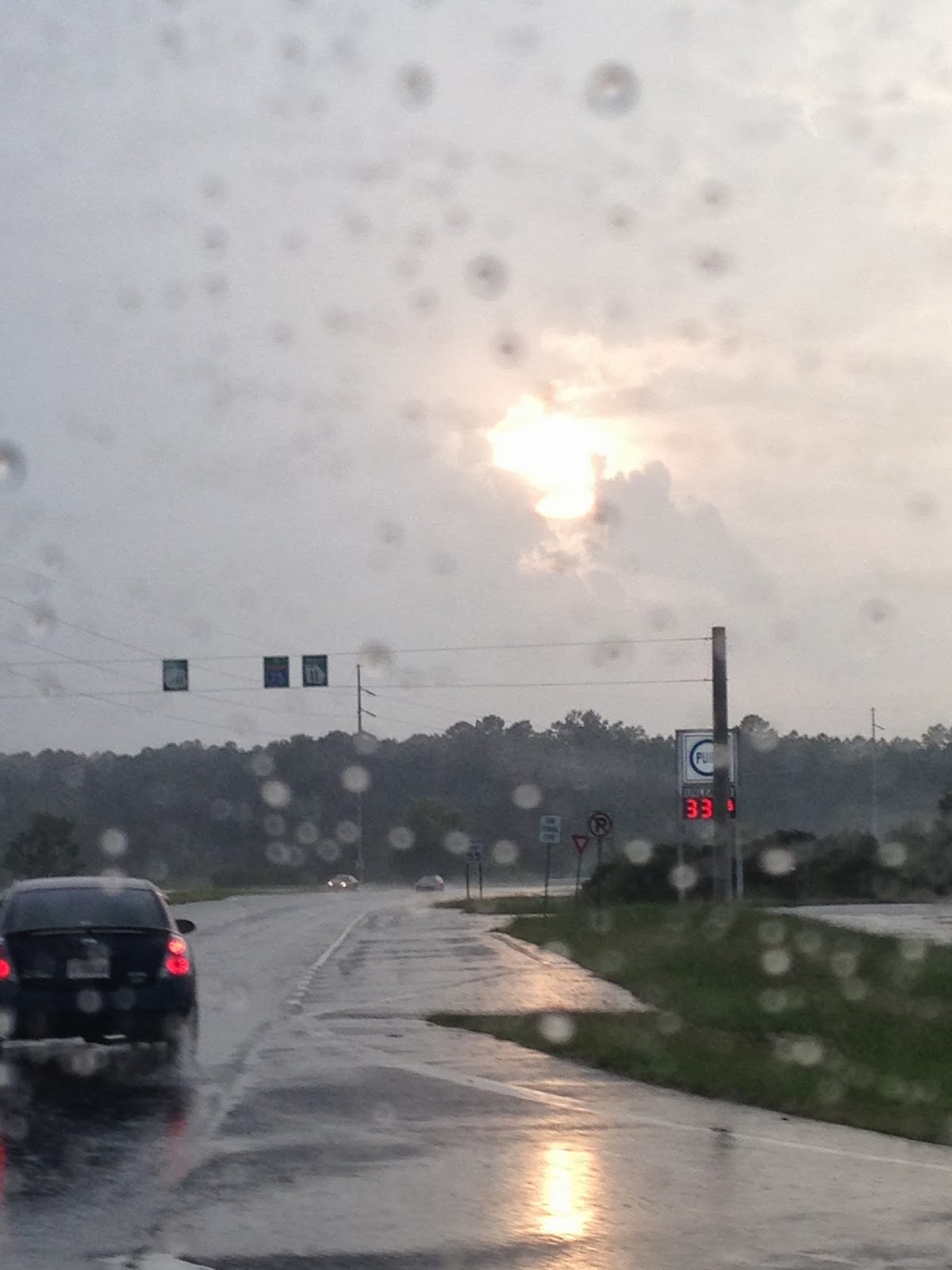 Just ordinary moments .... all worth counting.

Email ThisBlogThis!Share to TwitterShare to FacebookShare to Pinterest
Labels: A Cup Overflowing

I sit alone on the 6th floor. Coffee cup in hand. The morning traffic below is constant. People trying to get to work, children to school. Horns are honking. Mufflers need tune-ups. A cacophony of sound. And in this city where Elvis is king, I read:


The Lord is King; let the people tremble; He is enthroned upon the cherubim; let the earth shake (Ps. 99:1).


A phone rings outside my door. The voice is loud -- as is the one on the other side of the connection. Plans are made. Directions for the day are set. A voice calls out, "Wendy!"  And I read:

In the bitter cold of snow, workmen yell from 2 stories below. Lumber is thrown. Drills are powered. Work begins. And I read:


Colorless concrete buildings rise stoically outside my window giving voice to the icy conditions in which they stand and stark reality to a world that is of itself cold. And I read:


Those who trust in the Lord are like Mount Zion, which cannot be moved, but stands forever (Ps. 125:1).


Bundled commuters scurry along the sidewalks. Wind chill reads 12 degrees. Scarves are pulled tightly across the cheeks. Hats lowered below the ears. And I read:

And I read: "At this moment, Lord, I turn my thoughts to You. I leave aside my preoccupations. I take rest and refreshment in Your presence."

Just an ordinary moment...
Posted by A Cup Bearer at 9:46 AM No comments:

All It Takes Is a Cup

While attending a long weekend meeting with my husband, I had the opportunity to sit across the dinner table from a woman whom I had never met.  I introduced myself and asked her name. Before long, we had made a close connection as, even though she lives in another city, she not only knows my uncle very well, but my brothers are her dentists. Come to find out, I was even the recipient last year of some of her very famous produce.

It was truly not only a delicious meal of shrimp and grits, roasted squash, zucchini, asparagus and mushrooms with a wonderful peach cobbler topped with vanilla ice cream for dessert, but it was a delightful dinner sitting across from this interesting woman as she related one adventurous story after another of humorous predicaments in which she had found herself.  There were times I literally had to stuff my cloth napkin in my mouth to keep from laughing too loud, thereby drawing too much attention to myself, not mention embarrassing my husband in front of his colleagues.

However, as the meal and evening drew on, one thing became and remained crystal clear: this woman has no relationship with Christ. In fact, I might go as far as to say she DEFIANTLY does not know Him. And I find that so sad. Even heart breaking.

Maybe this woman has cause not to believe. After all, I learned later that her only daughter and biological child (she has since adopted) died at a very young age. Surely that cannot leave a mother neutral in her faith. Such tragedy has to push one to the edge. Did it push her too far?

As I lay in bed later that evening, I couldn't help but think about this woman; about me. Did I say anything to ease any hurt? To help bridge a divide? To fill a gaping hole? Honestly, I never said the name of Jesus. I didn't even bow my head to pray before the meal. The only thing to "connect" me was the pewter cross and pearl hanging around my neck, and we all know that is no sure sign. No, I had failed miserably. What, if anything, could or should I have done differently. And then it seems God spoke so clearly to my heart.

"You gave her a cup of cold water."

"Don't you remember? You served her ice water."

Indeed I did.  I had forgotten that when I sat down across from her, our very first bit of conversation was her asking me where she could get her drink. I told her, but as she started to rise, I said, "Please, let me get it for you." She objected at first, but I insisted and rose quickly from my place and went to the kitchen and returned with a glass of cold water, placing it down in front of her.

"You served her some water."

That seems so simple. So irrelevant. But maybe, just maybe, that's what it's all about. Not about talking or wearing necklaces or even being religious. Lord knows I have certainly had years of experience in that area and I make myself sick just thinking about it. But maybe it really is as Father Thomas Keating wrote in The Mystery of Christ, "If one is transformed, one can walk down the street, drink a cup of tea or shake hands with somebody and be pouring divine life into the world." He goes on, "When the love of Christ is the principal motivation, ordinary actions transmit divine love. This is the fundamental Christian witness; this is evangelization in its primary form."

Yes. Maybe evangelism is not always preaching or teaching or talking. Sometimes it's as simple as giving a cup of cold water to someone who is thirsty even, no, especially when they don't know what they are thirsty for.

I'm so grateful the Lord didn't allow the story to end there. No, He gave me two more occasions over the next couple days to "transmit love" to this new friend. All through ordinary actions. That's just the kind of God He is. So loving. So kind. So personal.

All it takes is a cup.

Everyone will know you as My followers if you demonstrate your love to others.
John 13:35 (The Voice)